Global coal production will reach a record low of 3% in 2019. This number has a great influence on the world’s efforts to fight climate change and reduce pollution

This statistic is meaningful because of the total global CO2 emissions from fossil fuels in 2018, up to 50% is CO2 in the coal power plant. Coal power is also one of the biggest polluting factors, so big countries like the US and Europe have cut or stopped using coal power plants.

Thanks to a 3% reduction in coal power output this year, world CO2 emissions may increase more slowly. Even so, the amount of coal used and emissions generated are still far beyond the need to reach the goals in general contracting Paris.Muc this reduction equivalent of 300 TWh (terawatt hours), more universal in total power output coal from Germany, Spain and England combined.

Here are the fluctuations in each region picture of coal and renewable electricity, according to Lauri Myllyvirta, Head of Analysis Force, Clean Air and Energy Research Center (CREA), in an article on the Carbon Brief specializes in monitoring climate and energy policies. 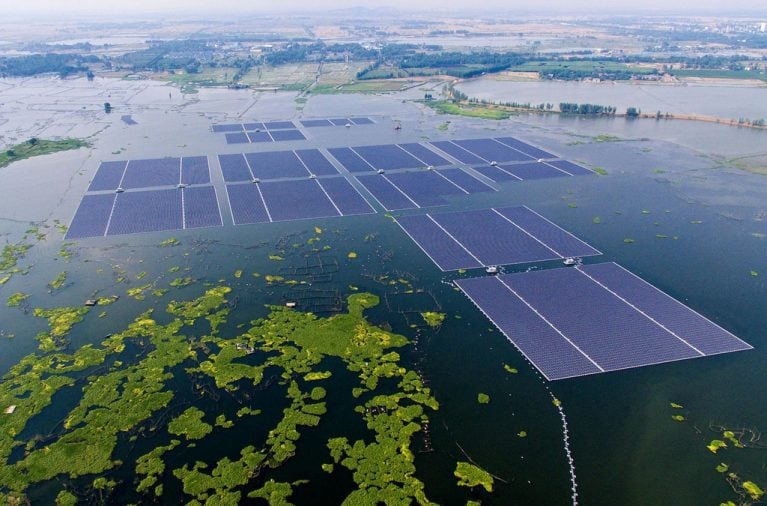 The data was compiled by him within the reporting agencies of the countries and from the International Energy Agency (IEA), for the countries of cooperative and strong economic units (OECD).

The report of a 3% reduction in global coal power output is due to a record reduction in developed countries, as well as an increase in production in China compared to last year, notable changes including several countries. In the OECD group, witnessed wind and solar power increase sharply in 2019, while electricity demand decreased due to slower economic growth.
Meanwhile, South Korea and Japan also reduced electricity demand. Exports of these two countries have dropped sharply. Nuclear power has improved significantly, reducing the amount of coal used for power generation.

In North America, 60% of the reduction in coal is due to electricity conversion, the closure of coal-fired power plants and the operation of gas-fired power plants.
Southeast Asia coal power increases by 10% – the most universal contribution Vietnam is expected to increase by 10% in 2019, due to the inauguration of many new coal power plants. Vietnam is the most popular contributor to this 10% improvement. Vietnam’s coal imports have doubled, as domestic coal output increased by 10% in the first 10 months of 2019.
Southeast Asia is often thought of as a growth promotion area for the world’s coal industry, due to its large volume imports. The Renewable Energy Statistics 2019 of the International Energy Agency (IEA) says the region is behind the world in its shift to renewable electricity 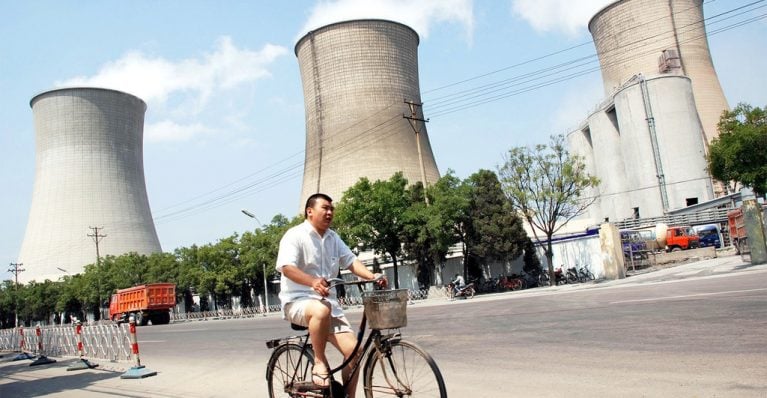 Cyclists in front of a coal power plant in Beijing, China. Ảnh: CarbonBrief.

Demand for electricity this year in China increased only 3%, compared with 6.7% in the past 2 years. These enhancements are all met by renewable energy.
In 2019, China’s nuclear, wind, and hydroelectricity output all increased, and coal consumption for electricity generation did not increase compared to last year. Even so, China still builds a factory, about 1 factory every two weeks. so the operating rate fell to a record 48.6% – the fourth consecutive year that it was below 50% in China, and below the global average of 54%.
This good ratio will reduce profits from coal power, reducing motivation for businesses to invest in building new plants.
In 2012, the IEA once said: “China is coal, coal is China”. By 2019, China will still occupy an overwhelming position in world coal use, accounting for 48.1%, and will be the world’s most universal coal producer, consumer and importer. In addition, 2019 also sees wind and solar power plant contracts expected to generate electricity at a cheaper price than coal by 2020.

Floating solar power system in Huai Nam, Anhui province, China. Photo: Imagine China / Newscom, Korea joined in the pursuit of renewable electricity
for example, Chinese coal power still advanced, but increased slowly, Korean coal power dropped again. Output of the first 7 months decreased 9.8% compared to the same period last year.
South Korea, which ranks fourth in the world in importing coal after China, India and Japan, witnessed a 10% decline in coal imports in the first 7 months.
South Korea has proposed increasing the target of renewable electricity to 30-35% by 2040, compared to 8% now.
Japan has reduced coal exports by 3.5%, calculated in the first 9 months, compared to the same period last year. Demand for electricity is not improving, while nuclear power is improving.
Smoke rises from the chimneys of thermal power plants, looking at the banks of the Han River running through the South Korean capital, Seoul. America, EU – reducing coal power to a record level The US will have one year of the strongest reduction in coal power. Output fell 13.9% in the first 8 months of the year compared to the same period last year. 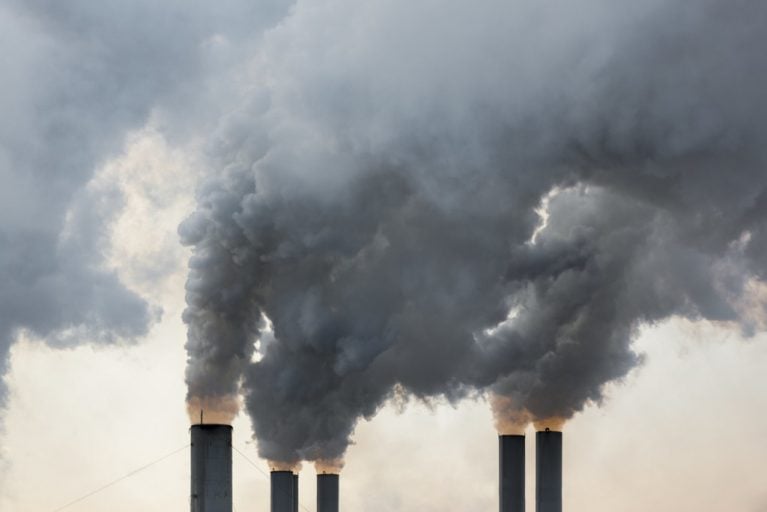 The number of factories closed this year is also at a record level. Total 57 plants are expected to close, total capacity of 14 GW, about 5.8% of total statistics. In 2018, the amount of closed capacity was 15.5 GW (6%).

The EU also saw an unprecedented reduction of coal power of 19% in the first half, and is expected to reach 23% in the second half.
Approximately half of the decrease was due to the impact of wind power, solar power. The other half is due to the shift from coal to gas – at the same time, the price of carbon in the EU’s emissions trading system has increased to 20 euros per tonne of CO2, making coal electricity more expensive than gas prices during 2019.

But coal power will switch to wind and solar rather than electricity, which does not own a large new plant that nourishes a large number of Western European countries, seeing impressive reductions – around 22% in Germany. up to 79% of Ireland, in the first half of 2019 owning countries in Western Europe are almost playing electricity generation this year. for example, Ireland, France and the UK with only 2% of coal power, Spain and Italy own 6%, in the first half of 2019. Britain closed all coal power for 2 weeks in May – the first time since the revolution Industry.
The reductions in Eastern Europe and Central Europe are smaller, as the number of new wind and solar power plants is very much equal to zero. Energy diffusion is also impressive in India. Demand for electricity in India continues to decline. Electricity from non-coal sources increased by about 12% in the first 9 months of the year, causing coal power to plummet.