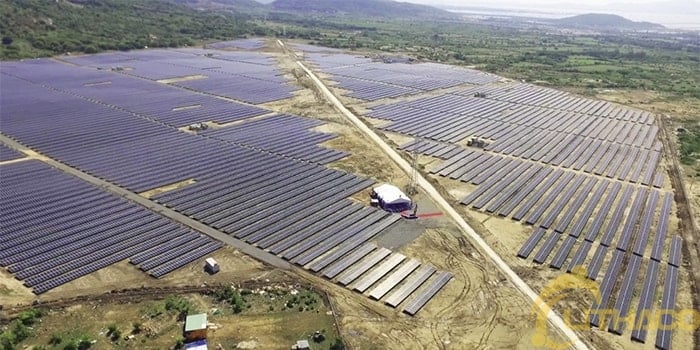 According to the December 19, 2019 newsletter in PV Magazine, the following content: In a newly published official document, Hanoi urged regional governments and state organizations, EVN, temporarily stop the agreement, grant new licenses for new solar farms until further notice. About 8.93 GW of solar scale utility capacity has been approved for development in Vietnam, according to the Ministry of Industry and Trade.

The Ministry of Industry and Trade of Vietnam has issued a document 9608 / BCT-DL, which calls on regional governments throughout the country and Vietnam Electricity (EVN) to suspend new approvals for large-scale PV projects large under the FIT pricing mechanism.

According to the Vietnam Clean Energy Association (VCEA), the government has approved 135 projects with a combined capacity of 8.93 GW under the scheme. About 4.5 GW of these projects were connected in late June last year, when the first phase of the country’s solar power incentive (FIT) program expired.

The ministry said only projects with signed FIT contracts that are expected to be completed by the end of this year can guarantee subsidies, while all remaining projects will have to compete in the future auctions. The Ministry of Industry and Trade is currently working with relevant ministries to complete the draft new auction mechanism, according to the Ministry of Industry and Trade.

The Vietnamese government announced a plan to shift from subsidies for PV deployment through FIT towards solar PV bidding in early December, marking a clear change from previous promises to launch FIT program again.

Vietnam will need to add about 3.5-4 GW of new generation capacity each year to keep up with the annual electricity demand growth of about 10%.

However, the content of the above text did not understand why the newspapers in Vietnam simultaneously reported that the Stop proposing solar power projects as on Vnexpress on December 18, 2019 had: Ministry of Industry and Trade requested provinces , Thanh and EVN stopped proposing solar power projects until there was a new pricing mechanism.
The Vietnamnet newspaper headlined the title lack of regulation, stopping the solar PV deal.

On the Vietnamfinance newspaper, the article was titled, ‘The Ministry of Industry and Trade proposed to suspend the agreement on solar power projects at FIT prices’ and there are many other major Vietnamese newspapers. It is worth mentioning that in the news, no newspaper clearly stated that the solar farm will only stop large solar projects, not the rooftop solar power projects in general and household solar power in particular bewildering for people looking to invest in solar power.

See the evaluation level of information and the level of press coverage and newspaper west’re also not a whole different way.